To Our Viewers, Readers, and Listeners:

Because you are a loyal fan, I wanted to make sure you had an inside scoop on the news and were the first to hear it from me.

I'm pleased to announce the new hosts of America's Test Kitchen will be Julia Collin Davison and Bridget Lancaster. They have been fixtures on the show since that first episode aired back in 2001. You know their cooking skills (they have prepared hundreds of recipes on air) as well as their deep knowledge of food. They are both so funny, smart, and passionate about our mission, which is to help you become a better cook. I’m excited to see Bridget and Julia in their roles.

I want to thank our fans for sending along thoughts and messages over the past three months, as we embarked on the search for our new hosts. We couldn't be happier with the outcome.

Our staff and those of us on-air, including Julia and Bridget, are dedicated to helping home cooks like you, and that will never change. We will continue to bring you more of what you expect: unbiased equipment reviews, taste tests, and foolproof recipes from our test kitchen. With this exciting announcement, please join us in congratulating our new hosts at ShareYourFeedback@americastestkitchen.com

Thank you for your continued support.

P.S. Thought you’d like to see my favorite photo of Julia and Bridget teaming up in the test kitchen. 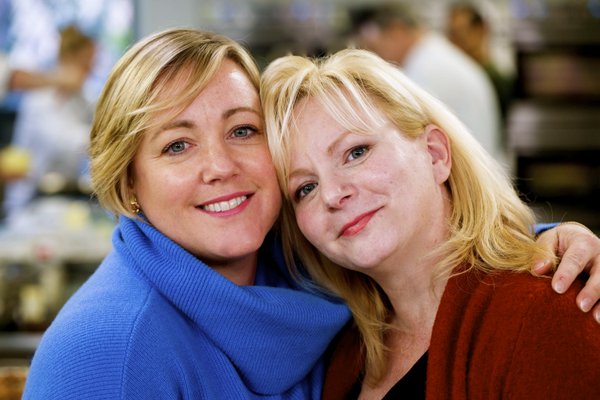