With a little finessing, I was sure I could transform these three ingredients into a silky, creamy dessert (think crème brûlée) with enough bright-tart flavor to balance the richness of the cream.

It may sound like a small mammal, but posset is actually an old-time English dessert that most Americans have never encountered. Until fairly recently, even most English cooks would likely have associated the name with a tart, creamy drink dating back to the Middle Ages.

But today’s posset, which has been taken up by English celebrity chefs and cookbook writers and is starting to appear on American restaurant menus, is something altogether different: a chilled dessert with the marvelously plush texture of a mousse or pudding that comes together almost by magic from nothing more than sugar, cream, and citrus juice. There are no temperamental egg yolks or add-ins like gelatin, flour, or cornstarch needed to help the mixture thicken and set—or to interfere with the clean, bright taste of citrus.

Eager to bring this supremely simple dessert into the test kitchen, I gave a few recipes a whirl, choosing to focus on classic lemon versions (lime, orange, grapefruit, and combinations thereof are also common). The technique rarely varied: Heat cream with sugar until the sugar dissolves, add lemon juice, and chill as you wait for the mixture to gel to a velvety texture. As for the results, every single one appealed to my weakness for creamy, buttery-smooth desserts. But that didn’t mean there wasn’t room for improvement. Some possets were a bit too thin and almost runny, while others turned out firm but overly sweet, lacking enough citrusy tang to cut the cream’s richness. And I wondered if I could make the lemon flavor a bit more complex. With a little finessing, I was sure I could transform these three ingredients into a silky, creamy dessert (think crème brûlée) with enough bright-tart flavor to balance the richness of the cream.

My first step was to understand the magic behind how the dessert works. Here’s how it goes: When acid is added to milk (or when milk turns sour over time), the change in pH causes the milk’s casein proteins to lose the negative charge that ordinarily keeps them separate. Instead, they bond together in clusters, and the milk becomes grainy, or curdled. When acid is added to cream—which is a more viscous liquid than milk, thanks to its smaller amount of water and greater amount of fat (at least 36 percent fat as opposed to whole milk’s 3.25 percent)—the effect is different. The fat in cream outweighs the casein proteins 10 to 1 (in milk they are about equal) and so interferes with the proteins’ ability to form tight curds. As a result, a smooth, creamy consistency develops instead of a grainy one. Heating the cream for posset also has an effect: It causes the whey proteins in the dairy to unwind and attach themselves to the casein molecules and so helps stabilize the gelled liquid.

Lemon juice, cream, and sugar practically make themselves into posset. Here’s how it works.

1. Lemon juice acidifies the cream, causing the casein proteins in the cream to clump.

2. Fat in the cream prevents the casein from clumping tightly; instead of curdling as milk would, the mixture thickens.

3. The sugar adds ­viscosity, giving the posset ­structure and a creamy texture.

With that in mind, I realized that the key to perfect posset would simply be determining the optimal ratio of ingredients to achieve the ideal texture as well as flavor. I decided to nail down sweetness first. I simmered 2-cup batches of heavy cream with different amounts of sugar (from ¼ cup up to ⅔ cup) for 5 minutes, stirred 4 tablespoons of lemon juice into each batch, and then portioned and chilled the mixtures until they were set. Tasting the samples, it was clear that the sugar’s role in the dessert was more critical than I initially realized: The less sugar in the mix, the thinner and looser the dessert was. That’s because dissolved sugar binds water molecules, increasing viscosity, and therefore gives the gel structure as well as a velvety mouthfeel. (Think of how thick a sugar syrup is compared with plain water.) I decided to move forward using ⅔ cup of sugar, which produced a nicely set consistency. However, I would need to compensate for the sweetness since this amount of sugar made the posset somewhat cloying. 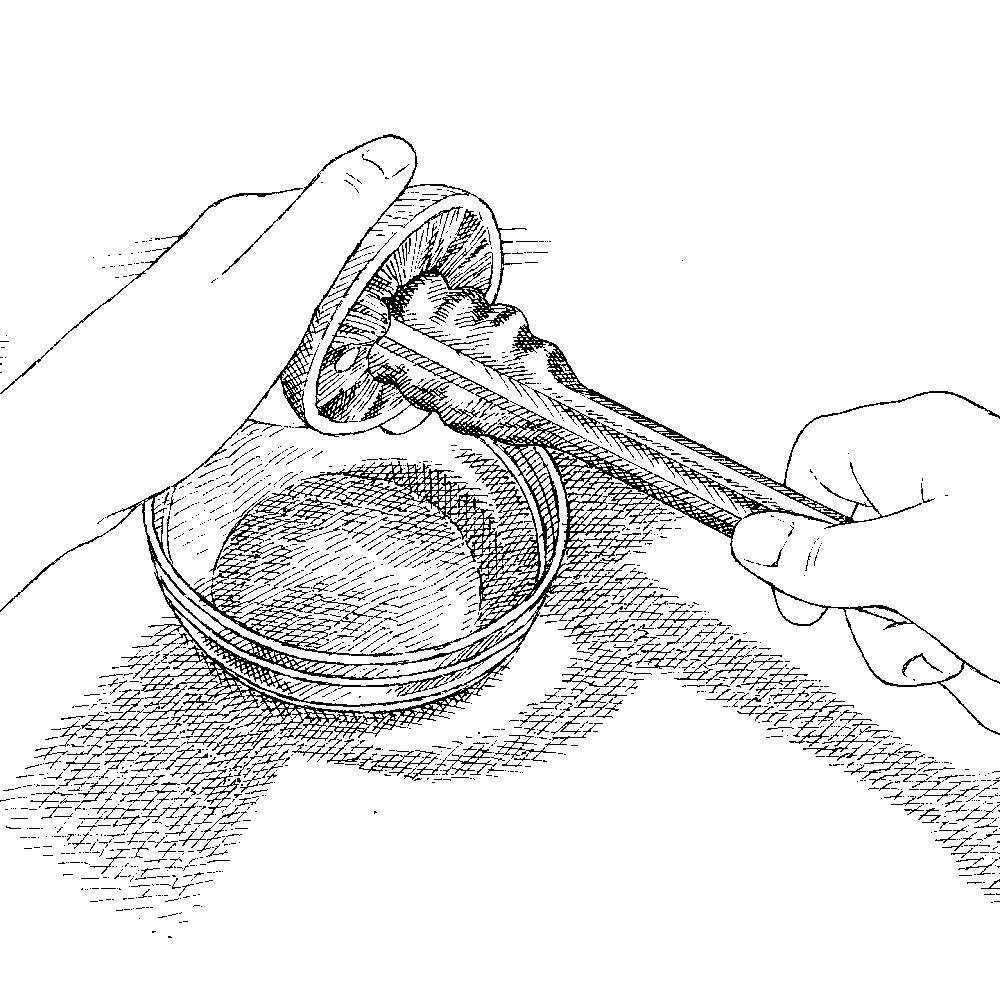 There are a few ways to extract juice from a lemon half, including inserting tongs, a reamer with a sharp tip, or even a fork into the lemon and twisting over a bowl.

That meant adding more lemon juice. After some fiddling, I found that 6 tablespoons of freshly squeezed juice provided a sharp, tangy—but not harsh—flavor. But that amount of juice also produced a slightly looser set than I liked. I had thought that more lemon juice might create a firmer texture. But by adding more juice, I was also adding more water—enough, it seemed, to hamper the acid’s ability to fully gel the cream.

I had a thought: Cream also contains water, so what if I reduced the cream to remove some of its water? That might get the overall liquid in the mix closer to what it had been with 2 cups of cream and 4 tablespoons of lemon juice, which in turn might let me use a full 6 tablespoons of lemon juice and still have the firm set I wanted. For my next batch, instead of simmering the cream and sugar, I turned up the heat and boiled it hard for a few minutes. I stirred in 6 tablespoons of lemon juice and put the mixture in the refrigerator. When I checked it a few hours later, it was not only firm but also had the most dense, luxuriously creamy texture of any posset I’d made yet. Was there something else going on besides the removal of water?

As it turns out, yes. Our science editor explained that by boiling, I was also concentrating the proteins and fats in the cream, which would lead to a firmer set. Additionally, the vigorous action of boiling the cream instead of simmering it breaks up the fat into more numerous, smaller droplets. This has a twofold effect: There are more of the droplets to get in the way of the casein proteins forming tight curds, which leads to an even creamier texture. At the same time, the increase in the number of fat droplets leads to a thicker consistency. This is because cream is an emulsion of fat and water, and the more fat droplets present to break up the water, the more viscous the mixture (think of a well-emulsified vinaigrette).

To ensure consistent results, I elected to boil the cream and sugar not for a certain period of time but to a particular volume. With some experimentation, I found that reducing the cream and sugar to 2 cups (about a 30 percent reduction) before adding the lemon juice produced dense, ultraplush results. 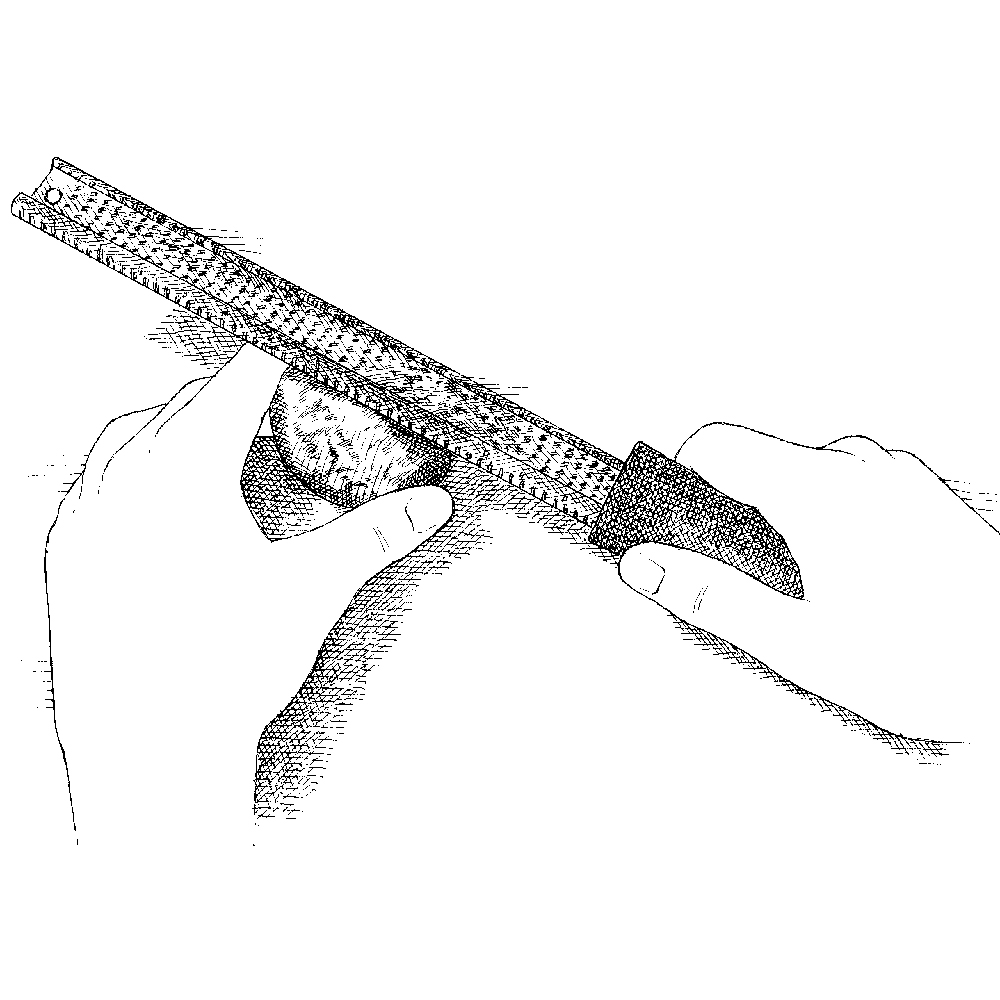 The volatile oils in the peel are strongest just after zesting; for maximum flavor, zest just before using.

I had the texture of my posset exactly right, but its flavor needed to be a little brighter and more complex. The obvious thing to do was to incorporate some of the zest, which contains oils that are more resistant to breaking down under heat than the juice and would impart a more well-rounded lemon flavor than the juice alone. I added a full tablespoon of finely grated zest to the cream-sugar mixture before boiling it. Then, after I poured in the lemon juice, I let the mixture steep off heat for 20 minutes before straining out the zest as well as any skin that formed, ensuring that there would be no skin on the final dessert. The result was a livelier flavor and just the right amount of lemony punch to cut through the sweetness and richness of the cream.

A Tidy Way to Avoid Skin on Custards

A thin, dry “skin” forms on the surface of puddings because as the mixture is heated, two things happen: Water evaporates, and proteins and sugar become more concentrated. Together, this results in a dry barrier on the liquid’s surface. You can prevent the skin from forming during cooking by stirring, but what about afterward? The most common method is to press parchment paper onto the surface, which prevents evaporation. But this approach can be messy and fussy, particularly when dealing with individual portions in cups or ramekins.

When developing our recipe for Lemon Posset with Berries, we came up with a simpler way: We let the mixture sit until a skin had formed, passed it through a fine-mesh strainer, and then portioned the pudding and refrigerated it until serving time. The strainer broke up the clumped proteins and sugar, returning the posset to a smooth consistency throughout. We found that this technique will work equally well on other puddings and custards like our Creamy Chocolate Pudding. After cooking, simply let the pudding or custard cool until a skin forms, about 20 minutes, and then pour it through a fine-mesh strainer into a large bowl. Portion it, and then refrigerate the portions, uncovered, until cool. Cover the cooled portions with plastic wrap (no need to press it onto the surface of the pudding) until serving time.

Pleased with my results, I portioned the posset into ramekins (portioning was key; spooning the set dessert from one large serving bowl caused the texture to suffer). One-third cup servings seemed like plenty, since the dessert is so rich. After 3 hours in the fridge, the possets were cold, fully set, and ready to be garnished with a handful of fresh mixed berries. This British classic was so easy and elegant that I knew it would become a staple in my repertoire.